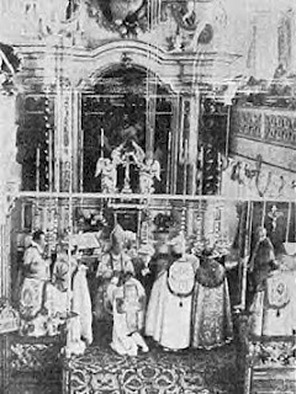 The Ultrayectina headquarters lasted without the Bishop for seventeen years, since Archbishop Codde was dethroned by the Roman Bishop. A prelate, Dominique Marie Varlet, stopped in the town during his trip to Persia, in 1719. Since none of the children of the city had been confirmed because of the Sedevacancia, Varlet said his decision was to perform the sacrament for infants; as a result he was suspended in the Office. Soon after, Varlet consecrated Cornelius Wuytiers as Archbishop of Utrecht, who thus became the first of a long line of independent bishops.

The  Old Catholics  1724 did not supported 'ecumenism' It supports the ordination of women to the priesthood, and the place of homosexuals in the Church. He is not accepted to follow the Protestant innovative in their errors. Or any type of modern doctrine.