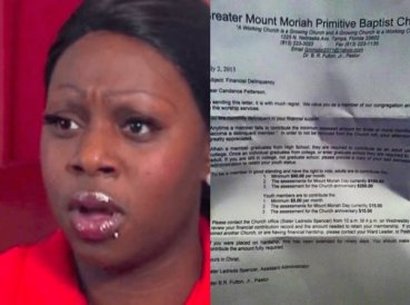 A woman, a newcomer to Florida, was surprised because the church sent her a collections letter demanding an annual fee of a few thousand dollars to belong to the congregation.
Candace Patterson, who only had been part of the Greater Mount Moriah Primitive Baptist Church for six months, received a letter from the church in which it demanded that she send in the minimum fee of $50 monthly.
According to the letter, the church requires its members to pay the fee in order to “have the right to vote and to be a part of the church.”

In addition, the charter provides for an annual fee of $150 to cover the expenses of the celebration of the “Day of Mount Moriah,” and an annual fee of $250 to celebrate the anniversary of the church. In total, the charter provides for an annual fee of one thousand dollars.
Petterson’s daughter is not even exempt from the financial obligation. According to the letter, her daughter, who is eleven-years-old, must also pay a fee of $5 to be part of the church.
Many who saw the letter commented that they did consider that the letter was an extreme measure.
“They are all very friendly there, I loved being a part of that church,” said Patterson in an interview with ABC News.
“But it is as if they were saying: ‘if you want to be a member of this church and find God, you have to pay’. I didn't find anything in the Bible that says that.”
Several media outlets have tried to contact the leaders of the church but they have not responded to request for a comment. For her part, Patterson says she will look for another place of worship. 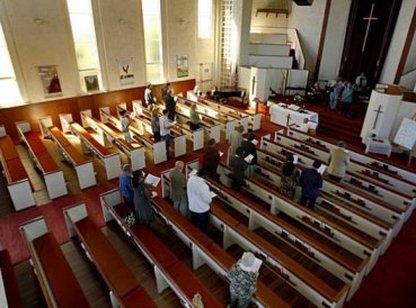 According to them, the 20 regional churches had, until 31 December 2013, just over 23 million members. That was 1.4% fewer than the previous year.

The loss results from the fact that there are more deaths than infant baptisms. On the other hand, more and more Protestants are turning their backs on their churches.

The data published so far by regional churches for the year 2014 indicate that the numbers of those leaving have exceeded the 200,000 mark.

The main reason for the hemorrhage is identified by the churches as the new system of debiting church taxes directly on capital gains income. Since 1 January, banks and insurers are withholding directly the church taxes payable on such income.

The new ruling has not been adequately communicated by the churches, is what church administrative offices are stating about the matter. They say that it is all about a more straightforward system, but not about a new tax. 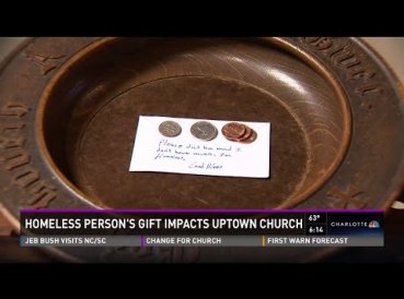 The First United Methodist Church in Charlotte, USA. was surprised when they found an unusual handwritten note on an envelope, with a small amount of money that was left as an offering by a homeless person.


On the envelope was written: “Please do not be angry, I don't have much. I'm homeless, God bless.” The reaction of the church was of gratitude and was both surprised by the gesture of charity and sacrifice of this person. On their official page on Facebook they posted the story.

The Reverend Patrick S. Hamrick told the television station WBTV that the entire staff was deeply moved by the attitude of that person to give such a small, but not unimportant donation. “We are grateful to this individual, who out of their poverty, has given everything they had to live,” he said.
The church helps so many homeless and disadvantaged people in the community, and Hamrick said that he believes that it was a way to show that they're going to give back.


But rarely do many of them stay for one of the regular services. So this is the first time they received an offering like this.