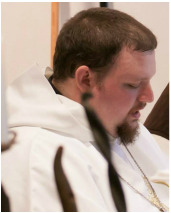 May 19, 2015, the International Old Catholic Churches chose a new Presiding Bishop. After a democratic process of election Bishop Gregory W. Godsey, F.E.S.C. was elected. Prior to being elected as the Presiding Bishop, Bishop Godsey had held different administrative positions in the IOCC, such as Chancellor of the Church, and as Bishop Ordinary of the Diocese of Saint Maximilian Kolbe. He also previously served as the Director of the Office of Communications and Media relations. We rejoice with the entire church and pray that his fruitful work in the service of God and humanity will continue. 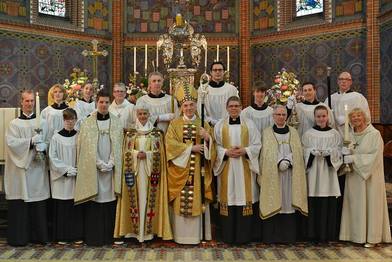 PILGRIMAGE OF THE ARCHBISHOP OF UTRECHT IN LAPLAND


From the 12 to the 20 of July, the Archbishop of Utrecht, Joris Vercammen, embarked on a journey of pilgrimage to the Swedish Lapland, with the purpose being to learn more about our communion with others and with God. The most special feature of this initiative is that it is in the framework of his fifteenth year of his Episcopate, 36 of his priesthood and 26 of his marriage. This journey began with the blessing of the Dean of the cathedral of Utrecht. 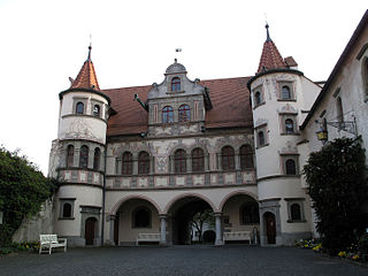 Dean Hans Theil of the church of the castle of Mannheim has been removed from the service to the congregation through farewell Mass presided over by Bishop Dr. Matthias Rings.


The colleagues of the dean and of the diocese had come to this event Visibly excited; the Dean participated in the Mass, and his wife, Lisa, gave words of gratitude to the Church for its good service.


Hans Theil started in 1988 as pastor in Mannheim, and from 1992, was the dean of the Deanery of the North Baden-Württemberg with Rheinlandpfalz-South. So it is not surprising that many of the members of the congregation were in tears. The council of the parish and the community organized an entire week of thanksgiving and farewell to Lisa and Hans Theil. 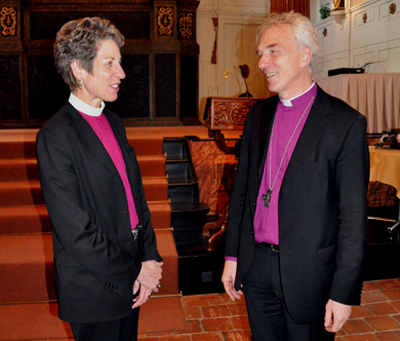 Plans for a common future of the Convocation of

Episcopal Churches in Europe and the Old-Catholic

Churches of the Union of Utrecht


On the 18th of October 2013, the president of the Union of Utrecht, Joris Vercammen, was invited by the Rt Rev Pierre Whalon, Bishop in Charge of the Convocation of Episcopal Churches in Europe to address their annual convention, taking place in Rome. In his talk, the Archbishop introduced the churches of the Union of Utrecht, and proposed a long-term vision on Episcopal - Old-Catholic cooperation on the European continent. The Archbishop suggested action was needed on four levels:

1. Creating more sensitivity in all parishes for our calling to catholicity

2. Preparing a common structure and possibilities of working together within the dioceses

3. Preparing the institution of a ‘Anglican-Old-Catholic Bishops’ Conference for Western Europe’

4. Creating an new old-catholic/episcopal diocese for the parishes in France and Italy

He said: “I am convinced that churches and confessions have to be less concerned about themselves and should cultivate a more open mind for the gospel and more concern about what is happening in the world in general and cultures in particular”. He added: “The visit of Presiding Bishop Katharine Jefferts Schori in May 2011 to Utrecht has inspired us to go further in developing a model for a more extended cooperation between the Episcopal Convocation in Europe and the Churches of the Union of Utrecht. At least we need to start preparing a common future. A close partnership between the Episcopal Convocation and the Union of Utrecht will be a real contribution to the realization of the ecumenical aim of the visible unity of the church, and as such, it will be a major contribution to the ecumenical movement in Europe”.

Archbishop Joris also invited members of the Convention to the International Old-Catholic Congress in Utrecht in September 2014.